Lithuanians in the Streets of Israel, an exhibition 29-30 Sept

Exhibition of photographs by Litvak Roza Litay. This exhibition is an invitation to take a walk on a symbolic street in Israel, an amalgam of various streets of the cities of Israel named after prominent Litvaks.

Exhibition of photographs by Litvak Roza Litay. The exhibition will open during the Litvak Cultural Forum.

This exhibition is an invitation to take a walk on a symbolic street in Israel, an amalgam of various streets of the cities of Israel named after prominent Litvaks – spiritual and cultural leaders of the Jewish communities in the present and historical territory of Lithuania, visionaries of the ethnic Jewish state or world-famous scientists and artists. It is also significant that independent Lithuania has realised the importance of these persons to the history and culture of the country; some of these persons have become part of the public culture of remembrance with streets in Vilnius (Gaon, Antokolskio streets) and Kaunas (Mapu, Zamenhofo streets) bearing their names. The initial version of this exhibition was displayed at Beit Hatfutsot: Museum of the Jewish People in Tel Aviv in October 2015 during the visit of President Dalia Grybauskaitė of Lithuania to Israel. Lithuania celebrates the 100th anniversary of the restoration of statehood this year and the State of Israel celebrates its 70th anniversary, so the exhibition in Vilnius has been supplemented by focusing on figures important to the statehood (Simon Rozenbaum – the interwar Lithuanian diplomat and Consul General in Tel Aviv), culture (Lea Goldberg – a famous Israeli writer, who has translated many Lithuanian folk songs into the Hebrew language), etc. of both countries. The lines from the poem by Goldberg accurately depict the relationship of Litvaks with Lithuania – often contradictory, but always painfully nostalgic. These lines were read out during the ceremony commemorating the 70th anniversary of the State of Israel in Jerusalem: My homeland – land of beauty and poverty The queen has no home, the king has no crown. There are seven spring days in the year And cold and rain all the rest.

The authors of the exhibition are Litvaks living in Israel– photographer Roza Litay with her granddaughter Lia Shiboleth and Dr Carol Hoffman (IL). They immortalised the streets of various cities in Israel, predominantly the streets of Tel Aviv, which have become a symbol of the start of a new life of the Jews in Israel. As Roza Litay said, ‘Tel Aviv is like a physical symbol of the return of the Jews to Israel. Jerusalem is our internal world, our spirit and sanctity and Tel Aviv is our daily life.’ A street name is an important part of the pulsating daily life, chiefly related to the search for a specific address. The memorial and state ideology message sent by the street name in daily life is not normally visible (it becomes apparent during coups and turmoil when monuments are pulled down and streets or squares, etc. are renamed). The main idea behind the exhibition was to draw the eyes of the rushing passer-by to the plate with the street name and thus to capture not only practical information, but also the symbolic memorial message. The message communicated by the street name has its own meanings for the authors of the idea – one meaning for Roza who was born in Lithuania, and a different meaning for Carol, who was born in the US, and is preoccupied with its genealogy and the commemoration of her forefathers in Lithuania, and yet another meaning for Lia Litay, a student born in Israel, who first learned about Lithuania and Litvaks from her grandmother. Therefore, the brief information provided next to the photographs of the names of the streets is just a hint at the biographies of those extremely devout persons, whose contributions to Lithuanian and world culture you will become acquainted with at the Museum of Litvak Culture and Identity due to be opened in Vilnius in the next few years. Aušra Rožankevičiūtė. 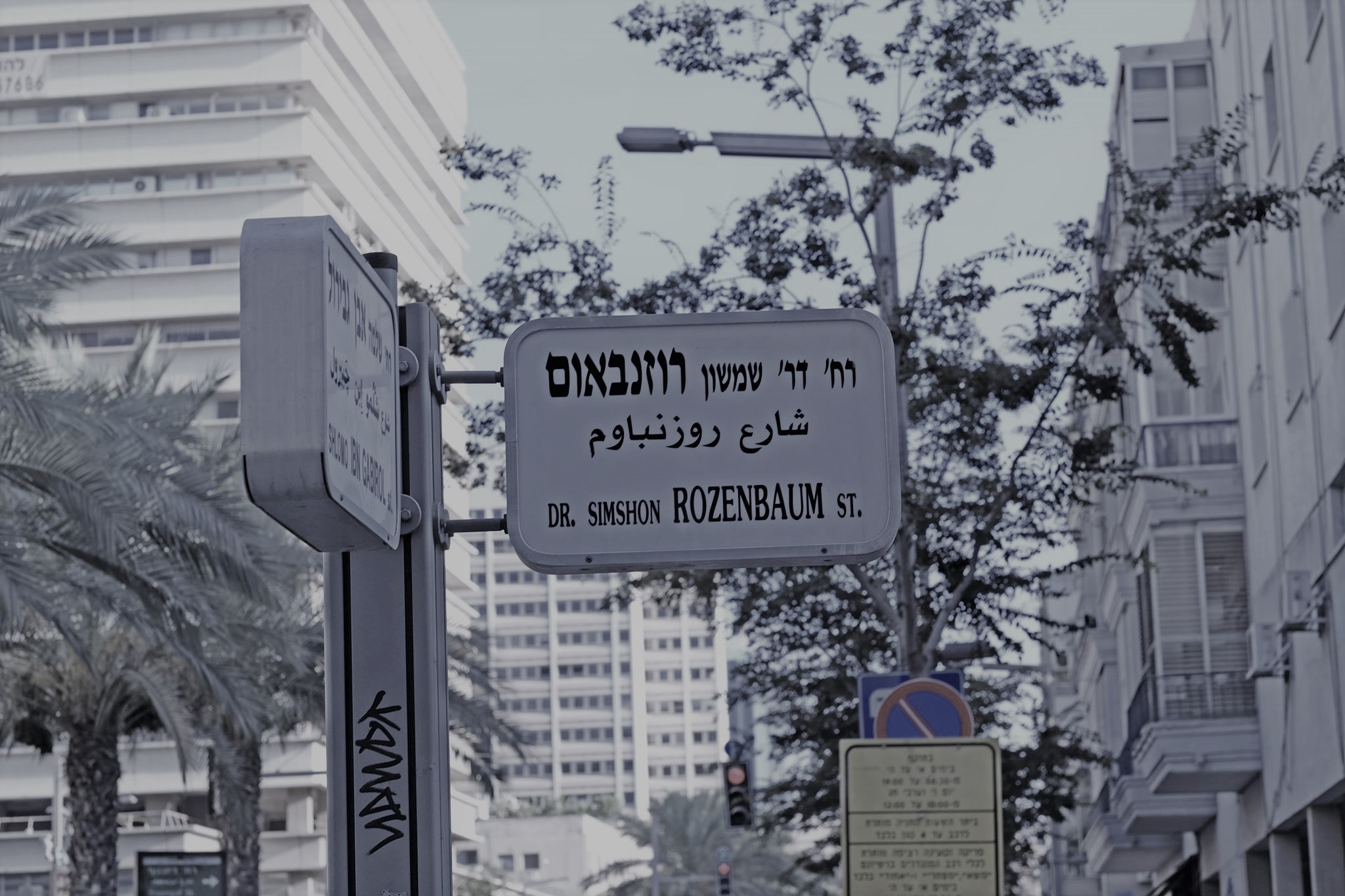