Perhaps only migrating birds know –
suspended between earth and sky –
the heartache of two homelands.

With you, I was transplanted twice,
with you, pine trees, I grew –
roots in two disparate landscapes.

Did you know that one of Israel’s most beloved poets, Leah Goldberg, lived almost in this place, on Kęstutis Street? Goldberg (b. 1911), originally from Kaunas, is one of the best-known Jewish poets in the world, but so little is known in her first homeland. Her poetry written in Hebrew has not yet been translated into Lithuanian. In fact, Lithuania left a deep impact on the poet’s life and work and influenced her personality. Goldberg’s poetry is full of directly and poetically thought-out images of Lithuania. Almost all the poet’s most famous poems, which have become popular songs in Israel, actually describe her first homeland – Lithuania … In this rather inhospitable but historically meaningful place today and the street art tries to remind the poet’s name and her work. 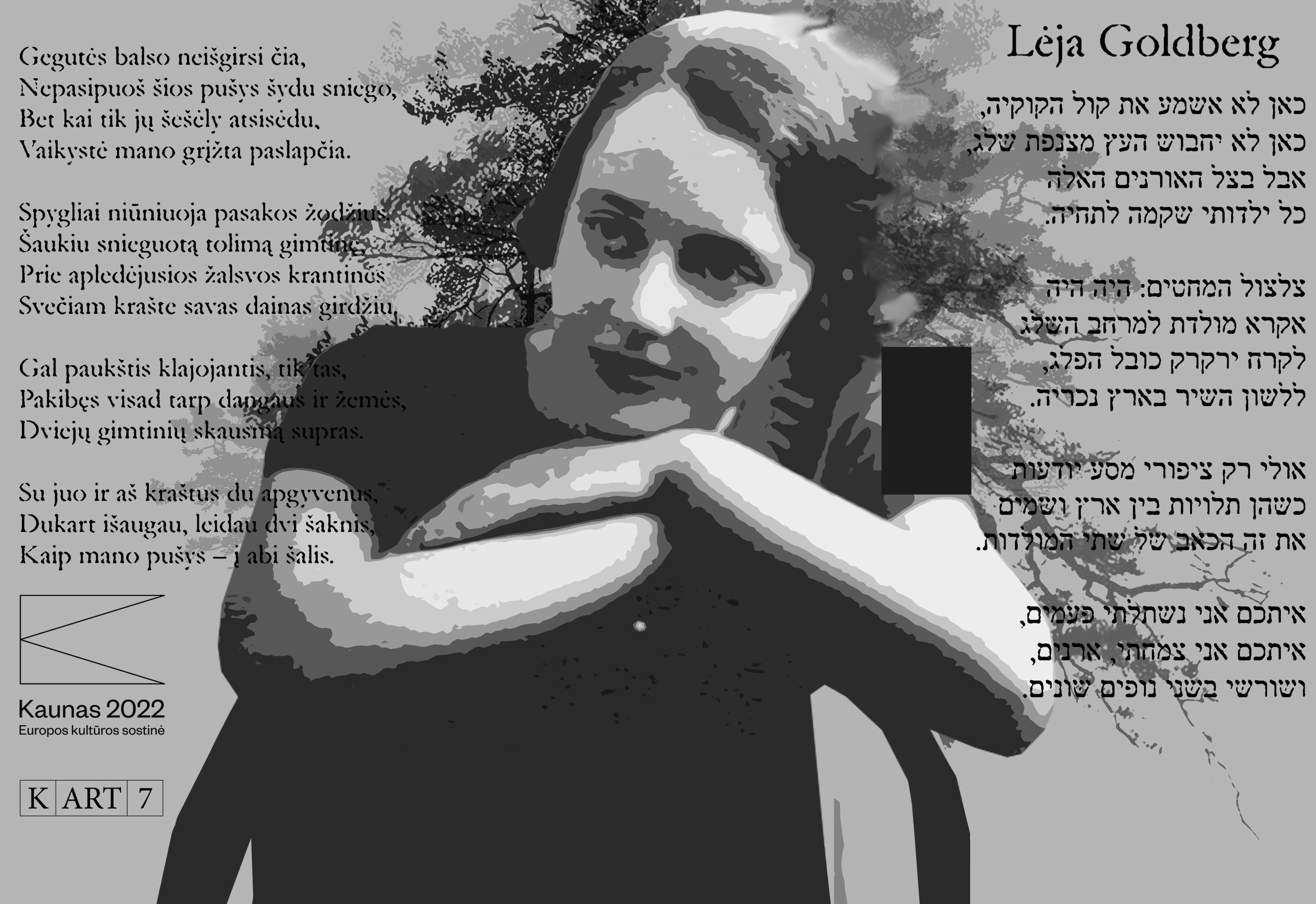